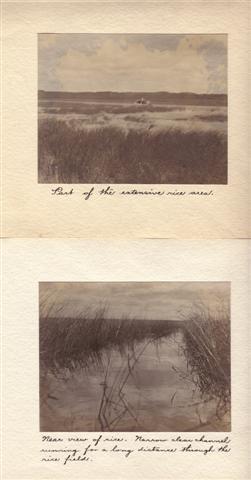 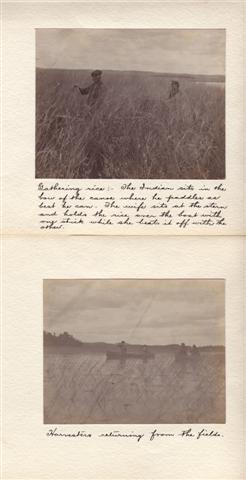 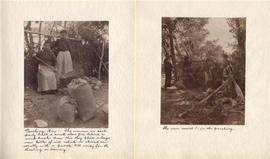 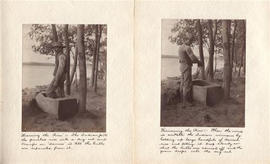 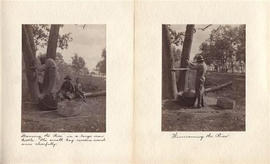 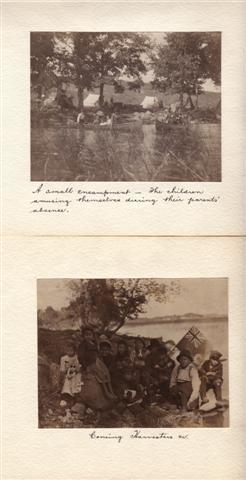 Rice Lake was formed by glacial activity. For the most part hunting and fur trade were the principal trades in the area. It was not until the early 1800's that the Mississauga natives started to harvest wild rice on the lake. Wild rice (called men-o-min) was used as a trade material and grew so thick on the lake that the harvesters had to back their canoe's out by the same channel they had made in the rice when they entered the rice field. Many of the rice beds were drowned when the Trent Canal was built. A hurricane in 1928 also did considerable damage to the rice fields remaining. By the 1950's rice could only be located in a few creeks near the shore and since then carp have destroyed the roots. (Taken from: Martin, Norma, Donna S. McGillis and Catherine Milne. Gore's Landing and the Rice Lake Plains. Cobourg: Haynes Printing, 1986.)

This item was in Mrs. S. Geale's custody before it was donated to the Trent University Archives.

This item is a photograph album with captions describing the harvesting of wild rice by Indians on Rice Lake.

Some of the photographs are starting to silver out. Do not photocopy.

This item was donated by Mrs. S. Geale.

Associated material located at Library and Archives Canada and the Archives of Ontario.

Dates of creation, revision and deletion