Fonds consists of photographs and post cards relating to the Oliver family and their friends, and their home at Lakeview Farm, Bobcaygeon, Ontario. Family members referred to include Marjorie McLean Oliver, Margaret Elizabeth Oliver, Margaret Chase Oliver, and James McLean Oliver. The fonds also consists of a collection of Time Books for 1935-1948, The Clan Oliver Magazine and The Oliver Society Magazine 1969-1986, a family scrapbook of birth and death notices, newspaper clippings, letters and certificates, and two Tourist Registers for Lakeview Farm 1926-1961. Also included are family property documents including a map issued by Agriculture and Agri-Food Canada, 1955, entitled Terrestrial Ecozones and Ecoregions of Canada, with handwritten notation indicating the location of the Oliver Property which was donated to Trent University by Marjorie McLean Oliver in 1998.

This addition to the fonds consists of materials relating to camps, records of Ontario Camping Association, standards committee, conference material, photographs and slides.

The fonds consists of correspondence, documents and records created by Phyllis Logan. Some materials relate to Dr. Hugh David Logan.

The fonds consists of records from the Harrison Liberal Conference from November 21-23, 1969 concerning Task Forces on Agriculture, Cities, Communications, the Economy, the Individual, Industrial Relations, International Relations, Poverty, Regional Development, and Student Unrest. The fonds also includes biographies of three of the speakers: E. Beecroft, D. Slater, B. Gross; and an address by John Turner (Hon.) to the Canadian Bar Association September 2, 1969.

This fonds consists of three items: a 12-page pamphlet entitled "Astronomy" by Professor C.A. Chant of the University of Toronto for use by Tuxis boys; a newspaper clipping from "The Globe" dated June 1, 1922, entitled "Spring Stars: Hydra, the Water Snake"; two photocopied pages from R.D. Lloyd's father's Tuxis Manual with the name L. Lloyd, date 1921, and the roster of the "Cree Tribe" at camp along with the "Cree yell".

This fonds consists of the Ontario Native Development Fund's correspondence and records which relate to the native position in Ontario and to the establishment of the ONDF's field reports of visits to Ontario cities to set up fund raising events.

This addition to the fonds consists of correspondence from Mary Northway to Mally Gibson, and between Mary Northway and Margaret Van Every. There are also papers and booklets written by Mary Northway as well as miscellaneous newspaper clippings and photographs.

This fonds consists of research materials pertaining to the publication in 1978 of Ontario's Heritage: A Guide to Archival Sources. 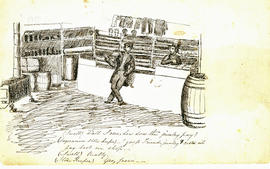 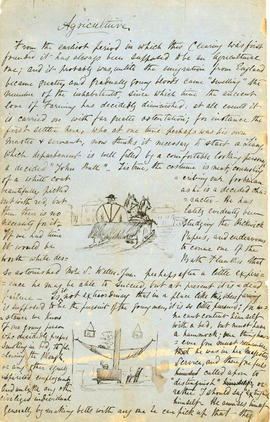 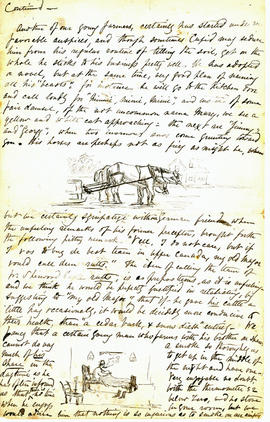 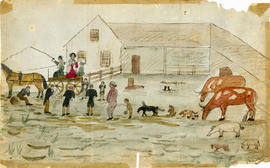 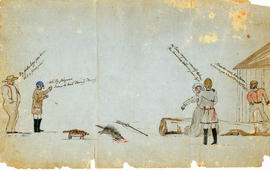 This fonds consists of a number of issues of a handwritten newspaper, written weekly by agricultural students of Colonel Samuel Strickland of Lakefield, Canada West. The issues are scattered and topics covered include agriculture, local events, local gossip, and politics. Also included are four letters of George M. Douglas relating to the newspaper.

This fonds consists of correspondence, minutes of meetings, camp visitation reports, historical background papers from the standards committee, provincial board reports, related files from Association records from Miss Kelly and other records relating to the Quebec Camping Association.