This item is a minute book of Loyal Orange Lodge, Royal Scarlet Chapter of West Peterborough (District Number 3) from February 14, 1904 to February 14, 1939.

This item is a bound compilation of papers presented to the British Parliament.

This fonds consists of seven scrapbooks of newspaper clippings relating to the history of the 127th Battalion Canadian Expeditionary Forces (Queen's York Rangers) which were compiled by Captain J.C. Boylen.

Item is a 180-page typescript of an Eskimo-French dictionary written by Arthur Thibert in 1932. An accompanying note written by Mary M. Parsons reads as follows: "While stationed at Eskimo Point N.W.T. where my husband was the O/C the R.C.M.P. detachment, I was requested by the priests of the Catholic mission to type a copy of this dictionary. I would believe this book to be one of the copies I made at that time. Arthur Thibert whose name the manuscript bears, was a priest of the Oblates of Mary Immaculate and was, in fact, the priest who performed our marriage so I got to know him well. My part was done during the winter of 1941-42. [signed] Mary M. Parsons." 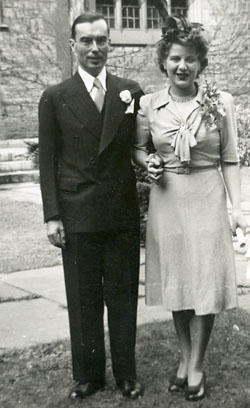 Item is a photocopy of a 36-page unpublished typescript of the letters of Joseph Carrothers (1793-1870) and his brother Nathaniel (ca.1796-1881). The letters are dated 1839-1870 and were sent from London, Upper Canada to their father, William, in Enniskillen, Ireland.

These manuscripts were written by Dr. Barclay McKone, M.D., and are in typescript format. The first manuscript with the title "Moose Factory Indian Hospital" describes, in addition to a brief historical and geographical background of Moose Factory and its service area, salient treatments used to fight tuberculosis, and the frequent successes. The record comes alive with frequent records of specific cases. A review of cases indicated different characteristics of the disease and its treatment between Indian and Inuit patients. This report also refers to the treatment of other diseases and cases handled by the hospital between 1951 and 1955. The second manuscript with the title "Eastern Arctic Medical and X-Ray Survey 1955" describes in more complete diary-like detail the considerable amount of work done by group #2 of a 3 group expedition in their attempt to grapple with all the medical problems of the eastern Arctic. Again a primary concern is to identify and arrange to treat patients with tuberculosis. The time frame is June to September 1955.

This item is a fire insurance plan for the City of Belleville, February, 1957. It includes a standard key to symbols, special diagrams of school and industrial installations, and a key plan (scale 100':01").

Canadian Underwriters' Association fire insurance plan of the Town of Bracebridge, Ontario, as of June 1957. It includes a key plan (scale 1200':01") a standard key to symbols, and an index. 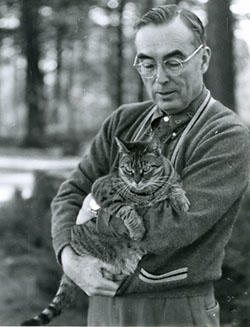 This item is a minute book of the Orange Hall Board concerned with the rental and maintenance of the Orange Hall November 9, 1917 to March 23, 1960 in Peterborough, Ontario. The board was composed mainly of members of Loyal Orange Lodges No.'s 80, 1175, and 50, as well as others.

This item is a minute book of an Orange Lodge; the Royal Scarlet Chapter of County of West Peterborough, District number 1 from April 14, 1923 to May 15, 1962.

This item is a fire insurance plan of the City of Montreal. It includes a key plan (scale 1000':01") and a key to the symbols.